Share a memory
Obituary & Services
Tribute Wall
Read more about the life story of William and share your memory.

William "Bill" James Sacher, age 77 of Celina, passed away on Thursday, December 29, 2022 at the Miller Place in Celina. He was born on December 14, 1945 to the late James and LaDonna (Hessian) Sacher in Celina. On March 31, 1984 he married Arline Muhlenkamp who survives in Celina. He is also survived by his brothers John (Marie) Sacher of Celina, Mike (Cathy) Sacher of Celina, sisters Sue Weadock of St. Marys, Betsy (Joe) Dahlinghaus of Egypt, Ann (Rusty) Vorhees of Celina, brother-in-law Ed Londt of Tallahassee, FL, sisters-in-law Charlene (Bob) Heitkamp of Cassella, Janice (Bob) Kramer of Celina, Mary (Tim) Barman of Ft. Recovery, Jane (John) Miller of Tucson, AZ, and numerous nieces and nephews.
He is preceded in death by his parents, infant brother David, sister Jane Londt, father-in-law and mother-in-law Herman and Odelia (Vonderhaar) Muhlenkamp, and brothers-in-law Clark Weadock and Adrian Muhlenkamp.
Bill graduated from the Celina Immaculate Conception High School with the class of 1964. He earned his Bachelors degree from the University of Dayton and earned his Masters degree from Wright State University. He was a member of the Immaculate Conception Catholic Church in Celina and the Knights of Columbus Council 1800. He was an avid poker player with his Tuesday Night Bandits, and a coin collector. He was the former owner of A & B Coin and Currency, a math teacher, and a drivers ED teacher. He was the golf and basketball coach for Immaculate Conception, Celina, and Wright State University. He was the Mercer County coach of the year from 1971-1972. He was an avid sports fan and big UD Flyers fan.
Mass of Christian burial will be held at 10:00 A.M. on Monday, January 2, 2023 at the Immaculate Conception Catholic Church, with Fr. Rob Muhlenkamp officiating. Burial will follow in the St. Marys Catholic Cemetery. Friends and family may call from 2:00 P.M. - 6:00 P.M. on Sunday, January 1, 2023, and from 8:30 A.M. - 9:30 A.M. on Monday at the Lehman Dzendzel Funeral Home. Knight of Columbus Council #1800 Membership and Prayer Service will be held at 6:00p.m. on Sunday. Memorial contributions may be made out to the Immaculate Conception Endowment Fund 229 W. Anthony St. Celina, Ohio 45822, EverHeart Hospice 1350 N. Broadway St. Greenville, Ohio 45331, Celina Athletic Booster Club P. O. Box 153 Celina, Ohio 45822, and the Knights of Columbus Council #1800 P.O. Box 67 Celina, Ohio 45822 . Condolences may be shared with the Sacher family online at LehmanDzendzelFH.com.

To send flowers to the family or plant a tree in memory of William James Sacher, please visit our floral store. 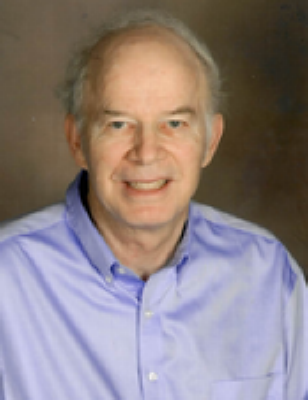