Share a memory
Obituary & Services
Tribute Wall
Read more about the life story of Charles and share your memory.

Charles "Charlie" Elmer Hoenie, age 83 of Celina, Ohio passed away on Saturday, December 31, 2022 at the Celina Manor Nursing Home. He was born on Aug. 25, 1939 in Celina, Ohio to the late Elmer and Mildred (Monroe) Hoenie. On Aug. 26, 1961 he married Joette (Campbell) Hoenie, who survives living in Celina. Charles is also survived by his four children Kevin (Beto) Hoenie of Grove City, Jodi (Jeff) Kerr of Celina, Chad (Steve Grant) Hoenie of Columbus, Kassi (Ron) Miller of Blacklick. Charles had four grandchildren he adored Jeremy (Leeann) Kerr, Kaitlynn (Tyler) McMurray, Jordan McClary and Chandler Miller and he has left behind five great grandchildren.
He was preceded in death by his parents, two sister Helen (Ed) Klenz, Anna Lee (Charles) Stephenson and his brother Richard (Marilyn) Hoenie.
Charles retired as a telephone lineman from Tom's Installation Company in 2001.
He was a member of the Mt. Tabor Church of God.
Charles enjoyed watching his grandchildren's sporting events and spending time with family. He will be remembered for his unconditional love he shared with everyone. He was an avid Ohio State Buckeye fan and a Browns Fan.
Funeral services will be held at 12:00 p.m. on Wednesday, Jan. 4, 2023 at the Lehman-Dzendzel Funeral Home in Celina, with Rev. Jason King officiating. Burial will follow in the North Grove Cemetery in Celina. Friends may call from 11:00 a.m. until the time of services. Memorial contributions may be made to EverHeart Hospice 1350 N. Broadway St. Greenville, Ohio 45331. Condolences may be shared with Hoenie Family on-line at LehmanDzendzelFH.com.

To send flowers to the family or plant a tree in memory of Charles Elmer Hoenie, please visit our floral store. 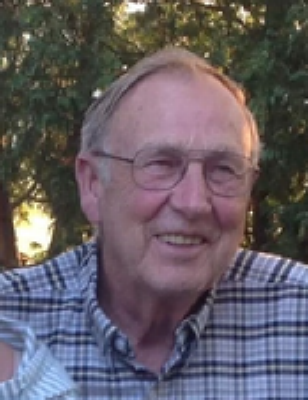