Share a memory
Obituary & Services
Tribute Wall
Read more about the life story of Carl and share your memory.

Carl Wayne Marsee, age 83 of Celina, passed away on Saturday, January 14, 2023 at the Mercer County Community Hospital in Coldwater. He was born on September 12, 1939 to the late Troy and Flo (Hensley) Marsee in Middlesboro, KY. On November 11, 1989 he married Marlene Davis who survives in Celina. He is survived by his children Jeff (Janice) Marsee of Upland, IN, Michael (Tiffany) Marsee of Crested Butte, CO, step children Patrick Booher (David Jiron) of Arlington, VA, Dawn (Mark) Gagle of Celina, Tasha Booher of Celina, eleven grandchildren, eight great-grandchildren, brother Conley (Darley) Marsee of Rockford, sister Jean Cobb of Charlotte, NC, and several nieces and nephews.
He is preceded in death by his parents, step son Brent Booher and brother Dempsey Marsee.
Carl graduated from Rockford High School with the class of 1957 and then received his Bachelor's degree in Accounting from Miami Jacobs. He was a member of the Grand Lake United Methodist Church in Celina, the Shanes Lodge #377 F. & A.M. of Rockford, and a member of the Dayton Atioch Shrine, where he was recognized as a Kentucky Colonel. He owned and operated Speicher Corp and retired in 2004 and worked in Real estate sales as well. He enjoyed fund raising for the Shriner's Hospital. He was a big fan of The Ohio State Buckeyes and the Tennessee Volunteers. He loved visiting, spending time and traveling with his family. Carl never knew a stranger.
Funeral services will be held at 10:30 A.M. on Saturday, January 21, 2023 at the Lehman Dzendzel Funeral Home, with Rev. Diane Mendelson officiating. Burial will follow in the Mercer Memory Gardens Cemetery. Friends and family may call from 4:00 P.M. - 7:00 P.M. on Friday, January 20, 2023 at the Lehman Dzendzel Funeral Home. Masonic services will be at 7:00 P.M. on Friday. Memorial contributions may be made out to Shriner's Hospital, 1 Children's Plaza 2 West, Dayton, OH 45404. Condolences may be shared with the Marsee family online at LehmanDzendzelFH.com.

To send flowers to the family or plant a tree in memory of Carl Marsee, please visit our floral store. 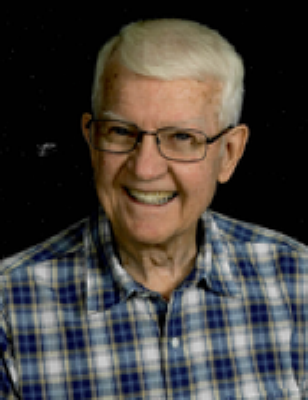